By William Edwards for Business Insider

It wouldn’t be fair to classify Lance Roberts as the type of doomsday perma-bear who drones on for years about an impending crash, all the while missing out on massive market appreciation.

In fact, Roberts actually recommends staying in stocks at the moment, though perhaps taking some profits.

But it wouldn’t exactly be fair to classify Roberts, the chief strategist at RIA Advisors, as bullish, either. Roberts is warning of heightened risk for investors given where valuations are, a perspective driven by rampant speculation reminiscent of market bubbles throughout history that preceded large crashes. 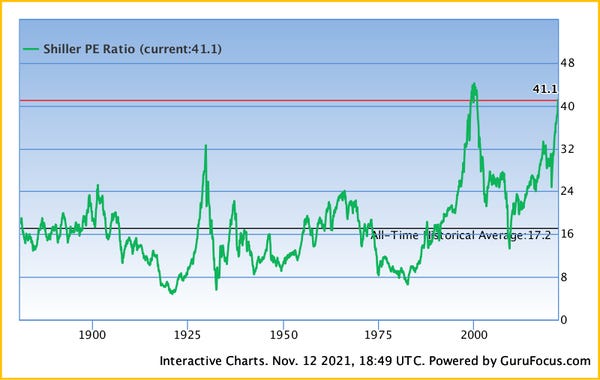 The market’s average price-to-earnings ratio is approaching dot-com bubble levels, above levels seen before the 1929 crash.

In a November 9 note, Roberts highlighted four signals that investor euphoria has gone too far — likely indicating that a significant pullback is ahead for stocks.

First, investors have completely shrugged off the 5% pullback in September, pushing stocks further above their 36-month moving average than they’ve ever been. Relative strength, shown at the bottom of the graph, is also extended.

“Over the last month, investors pushed the stock market to extremely overbought, extended, and deviated levels. Currently, the deviation from the long-term bullish monthly moving average is at the most extreme since 1997,” Roberts said in the note. “Furthermore, the stock market is now highly overbought, which has typically preceded more significant market corrections.”

Flying too close to the sun?

Second, investors are over-allocated to equities, Roberts said. Goldman Sachs said in mid-October that allocation to stocks in portfolios is at 52%, higher than during the dot-com bubble. This will cause sharper downward volatility eventually, Roberts said.

Third, investors are showing minimal signs of fear, Roberts said, as evidenced by the record-low number of put options being bought. Put options allow an investor to profit when the market falls, and are an indicator of cautiousness or bearishness. Roberts said “investors believe the risk of a correction is non-existent” at the moment, in spite of the record run-up that stocks have had over the last year-and-a-half.

Finally, despite all this, economic growth, and in turn company earnings, are due for a weak period ahead, and investors aren’t yet pricing this in, Roberts said. He cited the Economic Composite Index, which combines various economic indicators. The index is due for a downturn, and earnings usually follow, he said.

Roberts warns that investors should look out for three signals that mean the market is due to take a turn for the worse.

Cross number three off the list already — the Fed is due to start scaling back their quantitative easing program later this month.

They could then hike rates as early as the middle of 2022, some say, though 2023 is more likely. The central bank has been intent on leaving interest rates low for a longer period of time in order to achieve full employment. This could change if inflation — which is already at 30-year highs — continues to rise, although Fed Chairman Jerome Powell has said he expects it to subside.

“The risk of a market correction rises further when the Fed is both tapering its balance sheet and increasing the overnight lending rate,” Roberts wrote. “What we now know, after more than a decade of experience, is that when the Fed starts to slow or drain its monetary liquidity , the clock starts ticking to the next corrective cycle.”

As for the yield curve, it’s nowhere near inverting, but rates are starting to rise as they economy recovers, and the curve is starting to flatten a bit. The 1-year Treasury yield currently sits around 0.15%, the 2-year around 0.5%, and the 10-year around 1.58%.

Roberts’ views fall within the bounds of mainstream views on Wall Street. Many top institutions think the bull market has more room to run, but there’s also an acute awareness of how steep valuations are at the moment.

Excluding dividends, Bank of America’s model shows 0% returns for the S&P 500 over the next 10 years. A number of strategists, like Morgan Stanley’s Mike Wilson and Stifel’s Barry Bannister, have been calling for a market correction of at least 10% in the near future.

There remains a fair amount of uncertainty for investors at the moment. Inflation is soaring above economists’ expectations, and could cause the Fed to hike rates sooner than investors expect. Even if the Fed sticks with its stated pace of reducing its balance sheet by $15 billion per month, there could come a breaking point for a market that’s been juiced up with liquidity since March 2020. Since that time, the S&P 500 is up an impressive 103%.

At the same time, this market has been in some ways befuddling to follow. When the Fed recently announced their plans to start tapering asset purchases — which investors have fed off of, and became bullish in the past when the Fed insisted they would continue with purchases — stocks rose on the narrative that the economy is strong enough to support itself.

Despite Roberts’ negative outlook, economic data could continue to be strong in the months and years ahead. The economy added more jobs than economists expected in October, and earnings could remain firm with resilient consumer spending.

Still, even if economic growth is sturdy, high valuations and overzealous investor sentiment puts the market in a vulnerable place going forward. Investors might do well to proceed with caution as the market repeatedly climbs to all-time-highs. 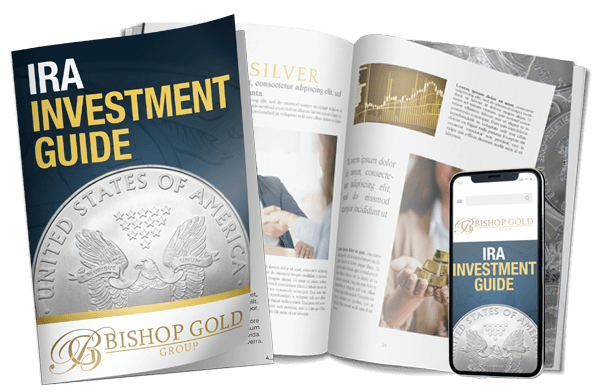